The New Age of RFEs 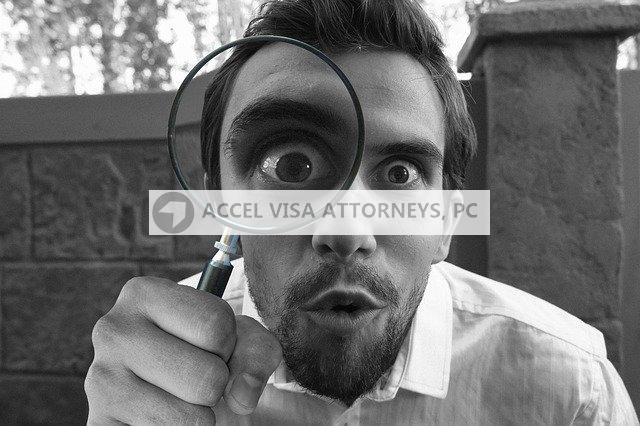 The Request for Evidence (RFE) is intended to be a valid inquiry into one or more aspects of a foreign national’s petition or application to USCIS.  A reviewing officer may ask for documents that might have been mistakenly omitted or they may request additional supporting evidence to further ascertain how an applicant meets the regulated visa criteria.  With the current presidential administration, there has been a marked increase in RFEs and denials.  While there have been no new laws or regulations passed that have changed the qualifying criteria for various nonimmigrant and immigrant visas, there have been several policy changes affecting the USCIS review process that have opened the door for this increase in RFEs across all visa categories.

In April of 2017, President Trump signed an Executive order entitled “Buy American, Hire American” with the intent to create higher wages, increase employment for U.S. workers, and “to protect the interests of the United States workers in the administration of our immigration system, including through the prevention of fraud or abuse.” (Presidential Executive Order)  This order specifically targets the H-1B visa program which was immediately impacted.  According to the National Foundation for American Policy (NFAP), USCIS produced RFEs in the 4th quarter of FY2017 nearly equal to the total number of RFEs for the combined first three quarters of FY2017 (National Foundation for American Policy).  This aggressive H-1B review process has continued, resulting in a current H-1B denial rate that has quadrupled since 2015.

Rescinding the Deference to Prior USCIS Determinations

In October of 2017, USCIS issued a Policy Memorandum that it would rescind its policy regarding the deference to prior approvals for nonimmigrant petitions, when adjudicating renewals or extensions for these same cases.  (PM-602-0151)  This change means that renewal or extension of a petition that has received prior approval is now reviewed with the same scrutiny as a completely novel petition – even if there is no new evidence since the prior filing.  Previously, if there were no material changes in a case, USCIS would defer to the prior approval ruling as the beneficiary was not required to reprove the merits of the case.  The shift in policy obliges applicants to resubmit documentary evidence that has already been reviewed and approved by USCIS, resulting in unnecessary paper production as well as increased time spent by USCIS in the adjudication process.  As officers are pressed for time to review more and more petitions, they are likely to disregard or overlook evidence.  This results in an RFE for clarification or supporting documentation that may have been already been included in the filing.

There has also been a noticeable change in the way USCIS officers interpret the regulated criteria.  With O-1 visas, for example, USCIS has been interpreting criteria far more strictly than ever and disallowing evidence that had generally been acceptable in the past.  Regarding the standard for “Published material in professional or major trade publications, newspapers or other major media about the beneficiary and the beneficiary’s work in the field for which classification is sought” (O-1 Eligibility, EB-1 Eligibility), USCIS used to accept media about the foreign national’s work even if they were not directly named in the article.  We are now seeing more and more RFEs disqualifying this evidence because the applicant is not specifically mentioned in the media.

Similarly, supporting documentation for command of a high salary (for both O-1 and EB-1 visas) has been held to an unduly high standard over the past several years.  Not only does USCIS now require extensive field-specific wage comparisons and detailed employment agreements, RFEs often include language that discredits the evidence because the beneficiary’s wage is not at the very highest end of the wage range.  This is a clear misinterpretation of the regulation.  Many applicants legitimately satisfy this criterion since they earn an annual wage that is significantly higher than the average wage for their position and geographic location – they need not earn the highest possible wage.

Over the past few years, there has also been an increase in the seeming randomness of RFEs.  Evidence that once met the regulatory standard is now often excluded through technicalities or simply ignored.  Additionally, applicants are frequently held to a higher industry standard than what the regulations imply.  In some cases, RFEs include incorrect information about the petitioner, beneficiary, or evidence provided.  It’s reasonable for USCIS officers to use templates for RFEs; however, when an RFE references an incorrect job title or field of expertise or erroneously comments on evidence, one can’t help but question the officer’s full attention to the review process. As such, even the most well-deserving and thoroughly prepared cases can receive RFEs for seemingly arbitrary rationale.  Whether it’s providing additional supporting documentation or “respectfully” clarifying evidence submitted in the initial filing, the timely response must be comprehensive in addressing all issues raised in the RFE.  Receipt of an RFE can be intimidating (and, sometimes, infuriating) but the key is to remain calm and connect with an experienced immigration attorney to determine the best response strategy.  Accel Visa Attorneys is on top of trending RFE issues for all visa types – contact us for more information.