The Truth About Awards for O-1 Visas 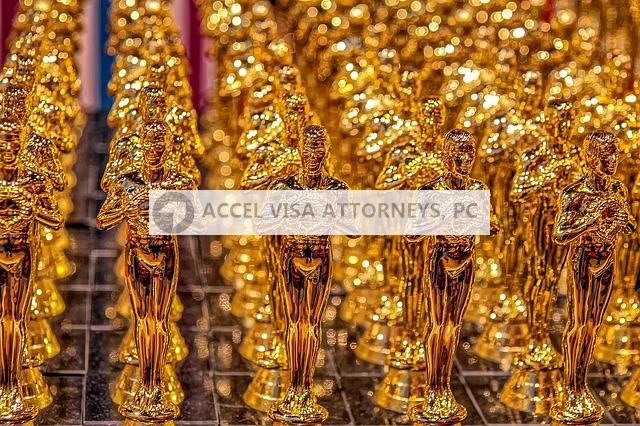 As an immigration attorney, all I could think was how Bong Joon Ho could easily qualify for an Extraordinary Ability visa (O-1 visa and EB-1 visa) to work in the U.S. For the uninitiated, both the O-1 and the EB-1 visas can be obtained for individuals who have received a major, international award such as a Nobel.

In my experience, receipt of an Oscar, Emmy, Grammy, Tony or similar type award can usually qualify an individual for an O-1 or EB-1 visa since most adjudicating immigration officers consider these awards to be major, and international in scope. Ironically, Boon Joon Ho himself, in an October 2019 interview with Vulture magazine, stated that, “The Oscars are not an international film festival. They’re very local.” In other words, the Oscar awards was a local event, made and produced for and by Americans. Perhaps his statement that the Oscars are not an international event may have merit.

While adjudicating immigration officers in the U.S. would most likely interpret the receipt and/or nomination of an Oscar award as having met the threshold for an O-1 visa, it’s been our experience that officers examine awards from other countries with more scrutiny.

Not All Awards Are Equal

Some awards are well documented and have a long history, such as Nobel, Fields Medal, BAFTAs, Oscars and many others. However, the lesser known awards, particularly those that are regional or industry-specific, may be more difficult to include as evidence to support an O-1 visa. Adjudicating officers have no way to determine whether an award is truly prestigious and elevates the individual above her peers without the proper context such as how the award was judged, by whom, how many entered, and how often the award was issued.

Yet, even with the proper context, awards from countries that have better infrastructure and the luxury to develop a robust cultural and economic offering may fare better than awards from countries that are lacking in these areas. This may be due to lack of available documentation, or simple outdated prejudices. Therefore, it’s important for individuals to carefully consider their qualifications in the greater context of the O-1 regulations.